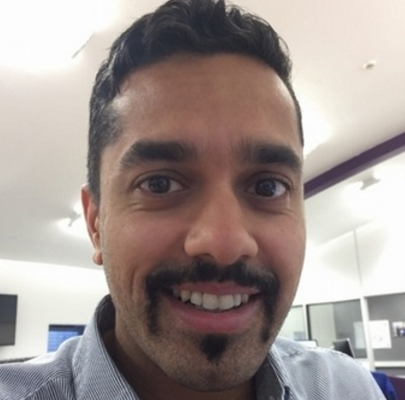 A group of clean-shaven men at OSL put aside their razors for a month to raise funds in aid of Movember. Run by the Movember Foundation, this annual charitable activity increases awareness of men’s issues, such as prostate and testicular cancer, mental health and suicide prevention, as well as encouraging individuals to pay more attention to their general health. This is done by asking friends and colleagues to sponsor the growing of a moustache for thirty days, which saw the nurturing of nine sets of whiskers at OSL House.

Chief Process Engineer Jay Parekh organised Team MO.S.L, which included Principal Director Nick Jones, Project Delivery Manager Mark Boden and Mechanical Engineer Oly McIntosh. Alongside them were Nathan Pollitt, Mark Evans, Abdullah Khan, Stephen Groves and Ike Obi. With a target of £1,000, they took the challenge very seriously and invited as many people as possible to spread the word and donate what they could.

Jay regularly motivates team members to get involved in activities that promote better health and wellbeing. We caught up with him to find out how he feels Movember went for his group.

Why did you decide to take part in Movember?

It's a really easy and fun way to raise money and awareness for a great cause. I sent out an office-wide email to see who would be keen to get involved and got a really good response.

Was this the first time you'd done it, and how did you feel about growing a moustache?

This is the second time I've done it personally, but the first time at OSL. I'm used to growing a beard so it wasn't too bad for me. You could see that the clean-cut members of the team found it quite uncomfortable later on in the month. It can get pretty itchy!

What’s the most memorable moment from the challenge?

I think the funniest story was Nathan’s inability to grow facial hair, which was a shock to us all. Two weeks into it, I came into the office and was about to lambast him for quitting and shaving off his mo, but as I got closer I finally saw the few strands that he called his moustache! It didn't get much better over the next couple of weeks.

However, he was a great sport for laughing at himself and did really well raising the amount of money that he did.

How about the rest of the team?

All the guys made a really good effort in looking as ridiculous as possible and fundraising such an impressive amount of money. We had everything from rugged (Mark Boden), to the beginner’s look (Nathan), to the Orlando Bloom edition (Oly).

What was the end result?

All of the moustaches have now gone, yet their legacy lives on! Our target was £1,000 but we actually raised an amazing £1,774. The support we received from friends, family, colleagues and clients was truly incredible and well worth the odd crumb getting trapped beneath our noses.

A massive thank you goes out to the whole MO.S.L team and everyone that donated to the cause.

Is there another charity/health project in the pipeline?

I think it may have to be a physical challenge in the New Year. Watch this space...