At the Heart of the Community 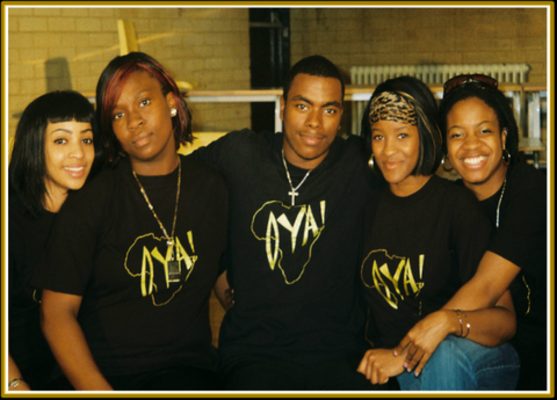 Abigail Abiola-Cudjoe (pictured on far right) is a highly valued Graduate Process Engineer. During her eighteen months at OSL she has worked on a number of major projects and recently completed a course in Project Controls through the ECITB. But it’s not all gas processing and storage for Abigail – originally from London, she still finds the time to support a youth organisation in her free time.

“I work with the Organisation of Young Africans (OYA),” said Abigail.“It is a supplementary school based in Grahame Park, London. Their motto is ‘Educational Excellence, Cultural Confidence and Community Commitment’, which I find incredibly inspiring.”

OYA is attended by about 100 young people between the ages of 11 and 19. Founded in 2000, when British school league tables showed that Africans and Afro-Caribbean communities ranked at the bottom, it is geared specifically toward improving academic attainment in the African community.

“At the time,” explained Abigail, “gangs, drugs and knife crime were also prominent in the area. The founders of the organization were convinced that encouraging young people to develop positive goals and helping them to achieve them would go a long way to combating these social issues. Since then, so much positive social change has been achieved. So many of the original group of students now have degrees and are holding down interesting jobs.”

Having previously been a student and trainee project manager at OYA, Abigail has continued to play an active role in the organisation and is now a member of the committee. Over the years she has helped to draw up the organisation’s monitoring and evaluation plan, mentored several of the young people, made a successful funding bid to the local authority for much needed technical equipment, and raised funding across London for the 10th anniversary event, which drew a crowd of over 1,500. More recently, Abigail has played a key role in organising this year’s Awards Day, which took place on 21st September. At this event, the students were recognised for their academic achievements and competed against each other in a range of competitions, from mental maths to African history. Old students like Abigail showed up in force, as shining role models and concrete proof of what young people can achieve if they can learn to believe in themselves.

“I try to spread the word about this organisation as much as possible because it is making a huge difference to the lives of teenagers,” said Abigail.“Many members come from underprivileged backgrounds and the OYA office is located on a council estate where delinquent behaviour is not uncommon. In order to counteract this, OYA gives young people support and the opportunity to realise and achieve their dreams. For example, there is an ex-student of OYA who is now attending the University of Oxford, where is he is studying Engineering.”

When asked why Abigail decides to donate her spare time to the organisation, she said: “OYA gives young people in the community a chance to visualise a better future for themselves.They can chase their dreams with confidence and a hunger for success whilst appreciating the importance of giving back to the community. I gain an immeasurable amount of satisfaction from being part of such an important process in their lives.”

Though living and working in Hull, Abigail still manages to directly support OYA during the summertime, also paying visits whenever her work schedule allows.

“There are schemes in place,” added Abigail, “that provide opportunities for graduates of the school to come back and gain essential skills through work experience. If anyone is interested in making a contribution to an OYA project or sponsoring the organisation, please contact OYA at oya_org@hotmail.co.uk. Thank you.”