GNLQ Terminal is a grass-roots LNG receiving terminal located at Quintero Bay, approximately 160 km north-west of Santiago, Chile. LNG Carriers are unloaded at the terminal where the LNG is stored and regasified.

The LNG is unloaded from LNG carriers at the Jetty into two onshore storage tanks. Installed process facilities exist and allow the LNG to be pumped from the storage tanks, vaporised and exported into the existing transmission system through a pipeline. There is also a LNG Road Tanker loading facility at the GNLQ import terminal. Truck loading is continuous on a 24-hour basis with the same interval between each truck loading cycle.

The purpose of the study was to explore the feasibility of using the GNLQ Terminal as an LNG Exporting facility in addition to its normal LNG import processes. In order to explore this, the following assessments needed to be carried out:

These assessments provided the basis for determining the extent of the facilities modifications as well as the jetty modifications to allow smaller LNG Carriers down to 20,000m3 to berth.

The extent of the modifications allowed a factored cost estimate to be included into a mathematical model.  This was used to determine the economic viability, taking into account process capacity data, jetty availability rates and economic factors, such as LNG import price, export income and sales gas income.

The impact of the of the export option on the existing operation needed careful consideration to maintain the existing import and regasification capacity.  This required clever use of the tank storage system and additional pumps and pipework to feed two different flows and pressure requirements. 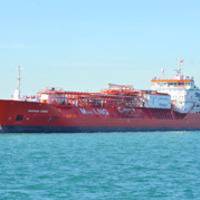