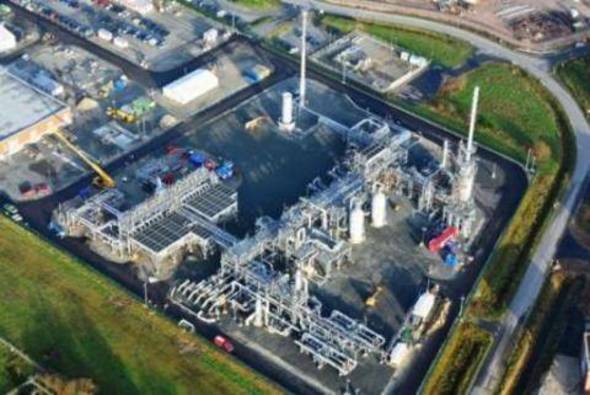 OSL are at the forefront of a truly innovative development. A joint venture between BP, Dong and Gazprom, the EKB Project (Etzel-Kavernenbetriebsgesellschaft, ‘Etzel cavern operating company’) is opening up the German market to the transportation of natural gas on an hourly basis to the Dutch and German National Grid.

In North West Germany, underground salt caverns are transformed by drilling deep into the ground and pumping in sea water to dissolve the salt deposits. This creates a cavern of brine with an area of around 300,000 cubic metres. A license has been issued for disposal of the brine in the North Sea, after which the natural gas is stored within the cavern for future transportation via pipeline.

EKB originally hired OSL in 2008 to put in place a technical team for six months, as well as supervising the Front End Engineering Design (FEED). As the project was refined, OSL’s success led to the doubling of this multidisciplined team.

“We’ve provided a variety of support services to the EKB Project, covering all technical and commercial aspects. This has provided OSL with a far more in-depth involvement and allowed us to demonstrate our skill at finding the right solution.”

Based in OSL’s Aberdeen office, the project has constant access to the required skills set due to the city’s thriving engineering sector. Within two years of operations, the OSL team involvement had grown to over four times its original size.

Aside from the uniqueness of this project, its equipment perfectly reflects OSL’s skills at problem solving. As opposed to lubricated bearings and dry gas seals, everything is hermetically sealed using magnetic bearings built in Munich; meanwhile, 8Mw electric motors are used, capable of creating pressures of up to 200 bars. This innovative system increases efficiency and makes maintenance far simpler. Though OSL have used such an arrangement for other gas terminals, it is the first time we have organised it for BP and this specific type of application.

“High-speed, oil free induction motors have proved very interesting and highly effective,” explained Nick. “It’s all about clever thinking, and as a result we have other companies watching us and eagerly taking note. Uniqueness and consistency have been major factors from the start, which certainly gets people’s attention.”

With BP producing over eight billion cubic feet of natural gas every day across their chain, we are proud to be working on such an exciting and valuable addition to their gas storage activity, with the prominent EKB Project being an excellent addition to our already impressive portfolio.