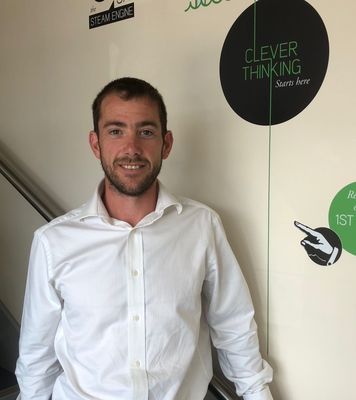 A popular figure and extremely experienced engineering professional has been tasked with taking our Mechanical Engineering department to the next level.

Scott Marrison has been appointed to the position of Chief Mechanical Engineer at OSL and will formally begin in the post from September 3, although he has commenced some duties already.

With 18 years’ experience in the gas, oil and petrochemical industries, Scott has excelled in a variety of roles, ranging from Mechanical Design Engineer through to Project Engineer and Project Manager. Since 2016 he has provided valuable support working for OSL as Lead Mechanical Engineer on two of our largest projects - CAFM and PACE.

Scott is well known to OSL, having first joined the company 2005, working in a variety of our office locations around Europe before departing for BP in 2012. Following stints with Perenco UK, Fabricom and BP Chemicals, he re-joined our team as Lead Mechanical Engineer in October 2016.

Scott says: “Returning to OSL after 6 years, I noticed quite a few changes. To start with, the company is probably twice the size it was back in 2012 and certainly more corporate. Another big change is the broader capabilities of the company.

“Back in 2012, OSL was still predominantly a Process Engineering consultancy, but now we have Mechanical, Civil & Structural, EC & I and Project Services departments.

“This role is a really exciting opportunity to develop the size and capabilities of the Mechanical Engineering department to strengthen the company’s overall position in the market.”

OSL Director Nick Jones said: “Scott has considerable experience in managing and providing technical direction to a team of mechanical engineers which makes him well placed to deliver in the Chief’s role. We wish him every success in his new position.”