Keep Your Eyes Open for Moths 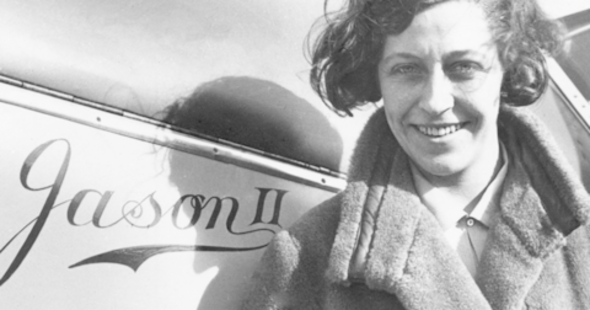 You don’t need to be from the North to know about Amy Johnson and her life’s achievements. Born in Hull in 1903, Johnson was a pioneering aviatrix and the first woman to fly solo from Britain to Australia. During her short lifetime, she set multiple long-distance records and served during the Second World War in the Air Transport Auxiliary. On 5th January 1941, whilst flying to RAF Kidlington near Oxford, Johnson veered off course due to poor weather conditions. She died tragically in the Thames Estuary, later commemorated by the Commonwealth War Graves Commission and celebrated ever since across the world for her indomitable spirit.

A daughter of Kingston upon Hull and an inspirational figure for all, 2016 marks the 75th anniversary of Johnson’s passing. In tribute, the Amy Johnson Festival has been created to raise awareness of her achievements as an engineer, an aviator and a woman of her time. The festival splits its focus between the arts and STEM subjects to create a vibrant programme of events and activity, educating and wowing in equal measure. Part of this is A Moth for Amy, a mass engagement public art project that will see moth sculptures appear across the city and the region, paying homage to Johnson’s Gipsy Moth that took her to Australia and back. Measuring 1.5 metres in width, these eye-catching installations will be located in public spaces and attached to buildings, creating a trail that can be followed throughout the city and across the UK.

This is an excellent addition to Hull’s already thriving annual events calendar. Whilst most festivals revolve almost entirely around artistic expression, the Amy Johnson Festival will also visit schools to help young people pursue a career in engineering, simultaneously encouraging more girls to consider STEM courses. Through a positive role model and projects that open up technical, digital and mechanical applications, the result will surely be an increase in children and teenagers exploring the opportunities that the world of energy has to offer.

As a company that attracts, trains and retains young engineers, we’re very excited for the arrival of the Amy Johnson Festival, which runs from 1st July until 6th September. By visiting www.amyjohnsonfestival.co.uk and getting involved in any way you can, you’ll play a part in shaping a new generation of problem solvers and clever thinkers.